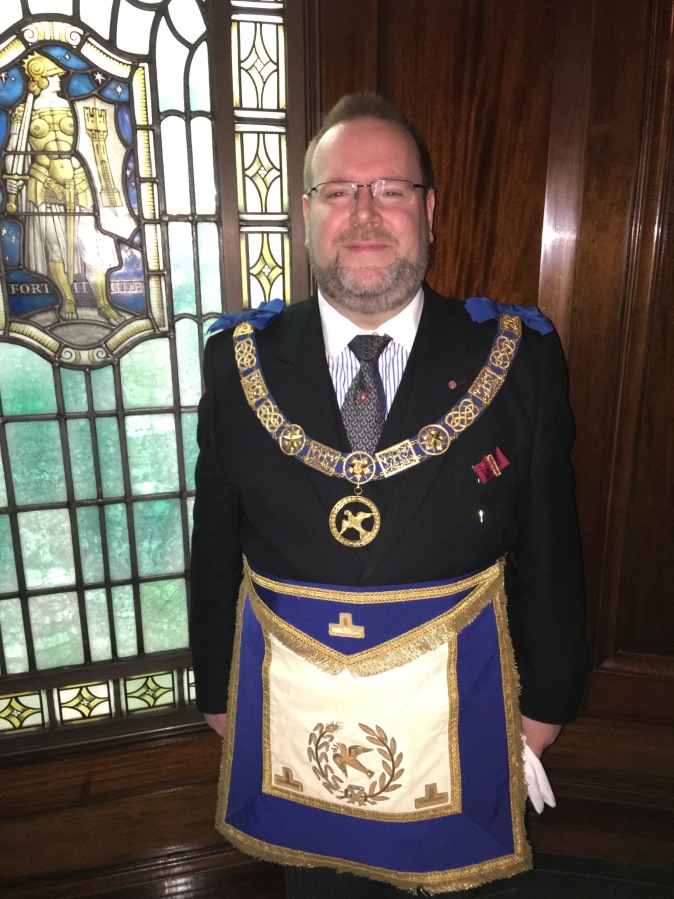 I like to think of my life as being an open book. Whether it be my membership of the Liberal Democrats (or even that I used to be a Tory), my passion for Rochdale Football Club, or my sexual orientation; it is all out there clearly on public display. I’m even reasonably open that I enjoy the occasional bit of slap and tickle in the bedroom. In my view, the more open and honest I can be, the less it is possible to be criticised or even held to ransom by the media or anyone else, and the more I can be a role model to others.

There is however one aspect of my life about which I have, to a degree, been somewhat more circumspect, not because I am embarrassed about it, but more because I have been concerned that it will be misinterpreted or misunderstood or just because some people have certain preconceived ideas that will make them judge me in an adverse way. Today though, I have decided to ‘come out’ and be clear to friends, colleagues, and anyone else who is interested: I am a Freemason and have been for twenty-two years.

I was introduced to the Craft, as it is widely known, by my step grandfather, an active Mason in Lincolnshire, and then by a number of friends who, like me, were involved in politics. The values espoused by Freemasonry chimed with my own – Brotherly Love, Relief, and Truth, or as they are now perhaps better expressed: integrity, kindness, honesty, and fairness.  Similarly, Masonic ritual, enacted through a series of allegorical morality plays, appealed to my sense of the dramatic. Equally, the Masonic obligation to charity through education, healthcare, and care for older people, was one which mirrored my own commitment to public service.

So, on Friday 4 March 1994, shortly after my twenty-second birthday, and in my final year at University, I was initiated as an Entered Apprentice Freemason, alongside a good friend. In the years that followed, I became Master of two lodges, an officer of the Metropolitan Grand Lodge in London in 2007, chair of a national committee for the United Grand Lodge of England in 2009, and then a Grand Officer in 2011, promoted this year to a more senior office, probably amongst the top one percent of English Masonry’s 250,000 members.

Despite being so deeply involved, you will find barely a hint of Freemasonry on my Facebook page, Twitter feed, or website (although it is in my Debrett’s entry and on Wikipedia!). This is especially odd given that many of my close male friends are also Freemasons. But there is the rub, they are my male friends. And yet so many of my friends are not men, and there are quite a few (including my partner) who don’t feel that their gender fits into a binary definition at all. It is their feelings and opinions that I have been so concerned about that I have chosen not to be fully open about my Masonry. As someone who has, for my whole adult life, campaigned for equality, ethics, and transparency; in my heart I have been concerned about the perceived contradiction between my membership of the Craft and my public position as a champion of diversity.

When one looks at English Freemasonry, its membership is actually remarkably diverse certainly based on race, religion, sexual orientation, disability and even class, regularly bringing together people from differing backgrounds who might otherwise never meet. With the advent of initiatives like the Universities Scheme, membership has become still more diverse. And yet the United Grand Lodge of England remains steadfastly of the view that its membership should remain men only. That doesn’t mean that there aren’t women Masons. There are, thousands of them in fact. It’s just that they belong to two separate Grand Lodges, both of which are formally acknowledged by the United Grand Lodge as regular, but between which no inter-visiting is currently permitted.

As a feminist, the ethicacy of that position inevitably troubles me, as it does in respect of any organisation that defines who may become members by means of gender or other arbitrary distinction. For me the balancing test has always been whether I feel the positive benefits of Freemasonry – be they social, charitable, or more ethereal through its moral teachings – outweigh the disbenefits of its arbitrary segregation by gender. This is a question which will undoubtedly vex me for many years to come. Hopefully, one day, I might be able to fully answer it. In the meantime, I will carry on enjoying Freemasonry as my hobby and as a means through which I socialise with some of my friends, whilst hopefully doing a bit of good for charity and wider society.

As for those who are wont to believe that there is a Masonic conspiracy around every corner, or that Masonry is a quasi-satanic cult, I have seen no evidence of either, nor of the countless other theories espoused by those who question the unknown or the ‘secret’.

In 22 years, I have never had anyone ask for a favour expressly because they or I were a Mason. Equally I cannot recall ever giving preference to a Freemason over anyone else, certainly no more than I would any other friend or acquaintance met through, for example, an LGBT group. As a magistrate, I have never had a defendant in my court try to secretly signal their membership of the Craft in the hope of getting a lighter sentence. And as councillor, I have never had any Mason ask me to join with them to undermine a non-Mason as such.

In truth, most Masons I know are so wrapped up in their own lives, and in their local communities, as well in the business of running a large voluntary organisation at a local, regional or national level, that they wouldn’t have the time or inclination to engage in any plots or conspiracies, which would, in any event, be against the promises they made when the joined the Craft to begin with.

I know that I will never convince some people, even some close friends, that my Masonry is compatible with my advocacy for equality and social inclusion. I have always believed however that institutions are made better by having good people inside them, and that remains my commitment in life and in Freemasonry.

Edward Lord OBE JP is a Junior Grand Deacon of the United Grand Lodge of England and Chairman of its Universities Scheme, which seeks to provide students with the opportunity to explore and enjoy Freemasonry.

Some facts about Freemasonry

Freemasonry is one of the world’s oldest and largest non-religious, non-political, fraternal and charitable organisations. The first Grand Lodge was established in England in 1717.

Freemasonry aims to teach self-knowledge through participation in a progression of ceremonies. Members are expected to be of high moral standing and are encouraged to speak openly about Freemasonry.

The United Grand Lodge of England (www.ugle.org), which also includes Wales, the Channel Islands and Isle of Man, as well as certain overseas territories, currently has over two hundred and fifty thousand members meeting in 6,800 Lodges.

There are Grand Lodges in Ireland, which covers both Northern Ireland and Eire, and Scotland which have a combined total of approximately 150,000 members.

In the United Kingdom there are two women’s Grand Lodges, the Order of Women Freemasons (www.owf.org.uk) and the Honourable Fraternity of Ancient Freemasons (www.hfaf.org).

The Masonic Charitable Foundation (www.mcf.org.uk) awards grants to registered charities that provide support in a number of areas:

2 thoughts on “Diversity Champion: It is time for me to ‘come out’ – I am a Freemason”